Hauling South Into The Fog

Corn, corn & more corn.  Mich., Ohio & Indiana are covered with dried corn stalks as far as the eye can see.  It seems that corn for ethanol makes for big bucks if you are a farmer.   Don't tell the 50% of the world that is starving we're growing the stuff to fuel our SUV's.
Stayed in an Indiana State Park last night--our first night in the EGG.  The Park was very hard to find. We drove miles and miles and miles through the corn, but thanks to Ann's expert navigation and Google's magic dot we found it about dusk.  The temp. dropped to about 28 degrees...enough to freeze H20, but our heater worked like a champ.  Our paramount goal today was to scoot South asap and get to warmer temps. On the map we located another state park near Mammoth Cave, Kentucky & drove roughly 30 miles on narrow, twisting, hilly roads through pretty Amish farm country only to learn that the park was closed.  Tried to turn around in a fellow's drive way.  He stormed out and said his wife would shoot me if I hit any of the bushes....said a fellow in a "Greyhound Bus" tried to do the same and he had to run him off.  I'm guessing it was one of those mammoth RV's that are as big as a bus.  Anyhow, the turn around wasn't going too well so the fellow told me to quit backing and drive across his yard.
Tomorrow we'll check out Mammoth Cave and scope out their camping sites.  It's a National Park but has no electrical hookups so we'll have to fire up the new Honda generator & see how this system works.  One major bit of learning:  Do comprehensive research before striking out toward a state park.  So far, we've found them to be poorly marked & the one last night was in disrepair.  With the bleak financial condition most states are in it's no wonder.
The overarching realization during our adventure to date is that we're grooving on the EGG.  It's all we expected and more.  But it's the driving from point A to point B that busts your chops.    Today we came from Peru, Indiana to Bowling Green, Kentucky.  This is approx. 300 miles, then you add the 30 plus miles we drove on the wild goose chase, we're looking at roughly 330-350 miles.  It was getting dark.  The truck, the EGG, Ann and I needed a break so we checked into a Comfort Inn.
Tomorrow's gonna be a golden day........

Well....like always, having fun ain't fun all the time. We're BEAT, but still managing to laugh a good bit. Drifted off last PM and missed the last of the Series....maybe the best 4 or 5 innings in baseball history. More beat today but sipping coffee to get jacked up for game 7. Did jumping jacks in the motel pool & par-boiled in the jacuzzi (had to ask Ann how to spell this) & feeling pretty chipper. Oh yeah...about the EGG: Picked it up this AM from the genius dude who designed and builds them. He also designs, builds and flies speedy airplanes. He looks a lot like the fellow with the hair in Back To The Future. Great guy & super goober. Gave us a 2 hr. orientation. Ann paid attention; I was spaced out & in la-la land over the whole adventure. Half way through the orientation the office lady said one of our checks was no good because the cretin at our bank failed to sign it. Lots of shucking and jiving/confusion over the wire transfer number at the local Mich. bank. ( They're loading banks with teenager clerks 'cause they come cheaper than tenured bankers they've laid off so as not to pay their pensions.) Anyhow...it all eventually sorted itself out & we got the title. The upshot is we've got the EGG, we like her a lot & we're blasting off tomorrow on secondary roads & heading south for more temperate degrees. Must get my head right about hauling a trailer. This is simplified by the fact that I can't see if anyone is behind me or not, so why worry about something you can't see, huh? Plan to spend night one in Indiana. Hope to see Dan Quale Check out the goofy photos. 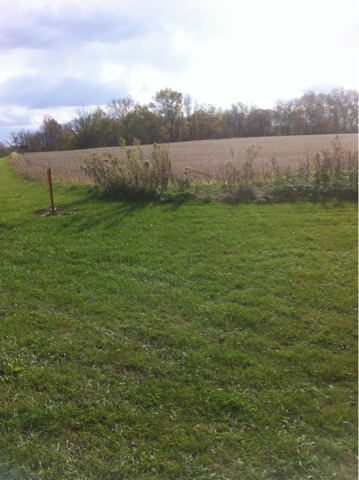 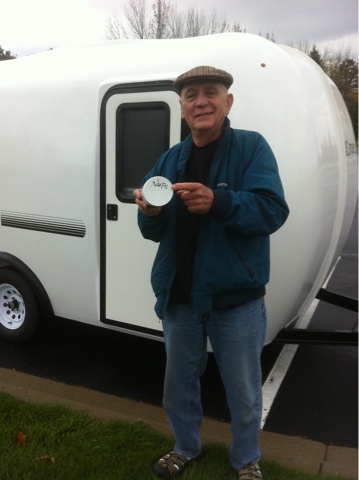 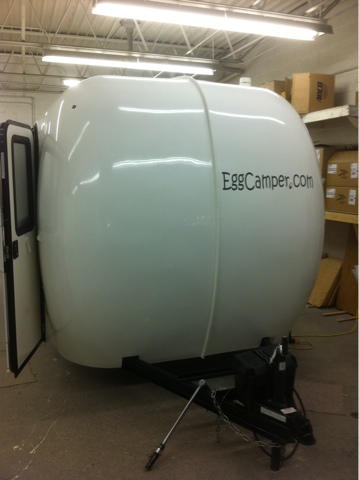 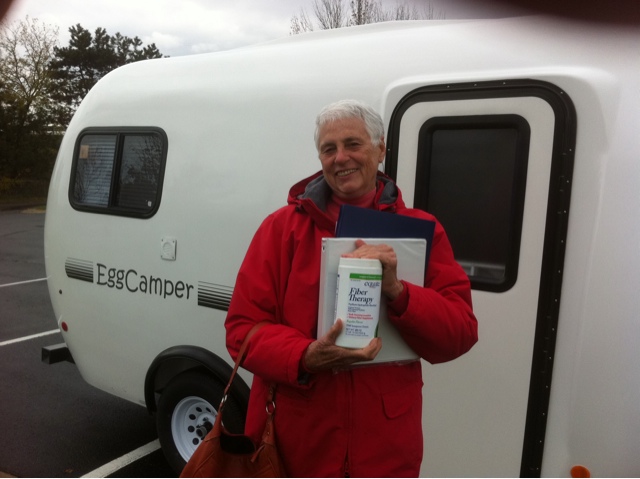 Email ThisBlogThis!Share to TwitterShare to FacebookShare to Pinterest
Labels: Ann and Dick's Egg

We have seen the Egg 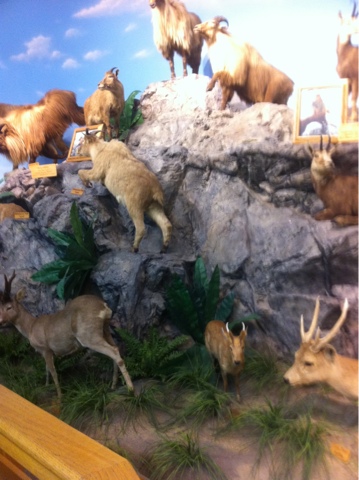 A long day. Around Cincinnati and
Dayton showed how bad roads are in this area. We DO need some infrastructure spending. Miles of corn fields and a single lonely house. Welcome to the tundra. We had a great dinner in Bowling Green. Reminded me of Chapel Hill.
Posted by Dick and Ann at 4:14 PM 1 comment: 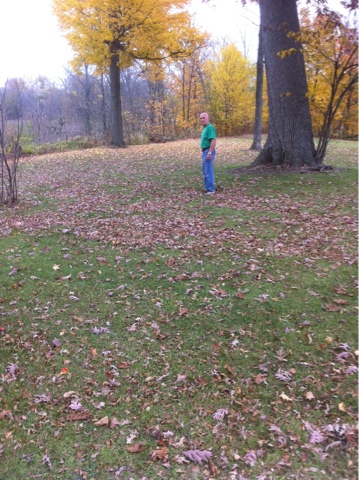 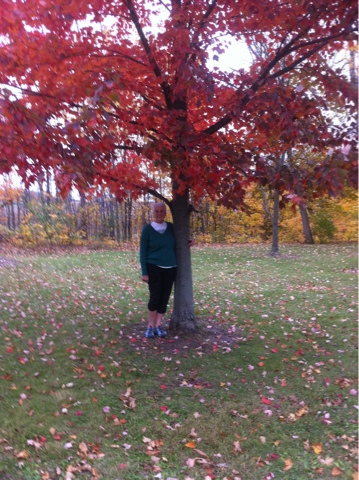 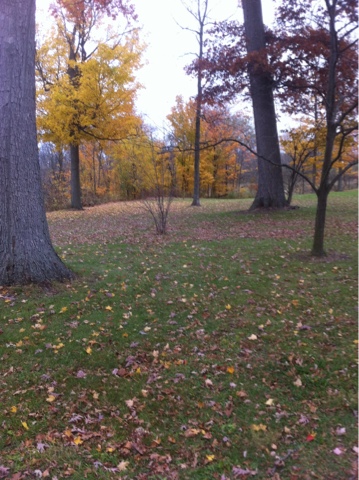 Email ThisBlogThis!Share to TwitterShare to FacebookShare to Pinterest
Labels: Northern Ohio is lovely.

3:00 AM:  Awoke with a start & began reflecting on our rude awakening the other day AFTER sending in our deposit for the EGGCAMPER.  We knew it was 17' long & 88" wide, but had neglected to measure just how big this was.  I expanded my tape measure 17' from the truck's bumper & almost swooned.  Ann watched from the deck.
"Holy Cow!  This dern thing is huge!"  I shouted
"But it looked tiny and so cute in the photos," she replied


Aghast, we finally laughed & concluded that this was a classic example of putting the cart before the horse, or in this case, the chicken before the EGG.
So off we blasted today, reaching London, Kentucky, Harlan Co., home of woebegone coal mining.  Weather due to be funky tomorrow, but today was marvelous & and drive through the NC/Tenn mountains mind boggling.  Truck is crammed with stuff, making me wish for a trailer to haul the the goods to the trailer.
Later............
Posted by Dick and Ann at 3:24 PM 4 comments: 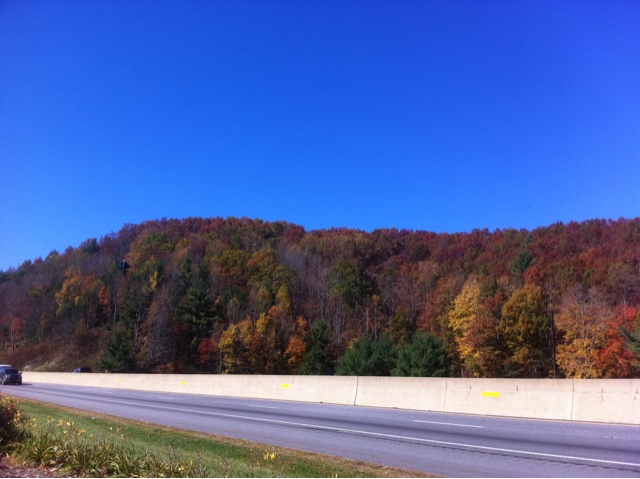 The link above is to the Egg Camper that we have purchased.
Posted by Dick and Ann at 11:07 AM 2 comments: