We found these additional shots and thought they were spectacular. What a wonderful place near Charlotte. 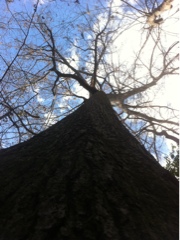 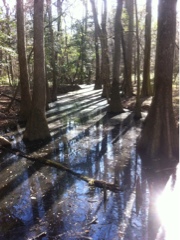 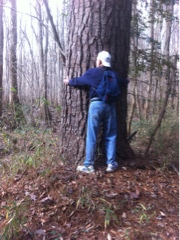 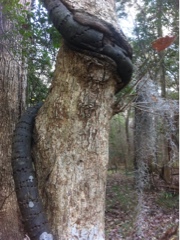 Having not had an adventure lately & thus having itchy feet (partly acquired in US Navy on a Destroyer with yucky showers), it was time to strike out & see what mischief we could get in. Close at hand was Congaree Swam National Monument in central SC, a 24,180 acre federal park established in 2003.
Entering the park you're "..walking in the footprints of the Wateree and Congaree Indians, Francis "Swampfox" Marion.." & scores of SC bootleggers. Being winter, there was nobody there but us two geezers. This was nice. We find this to be the case often when hiking in most any forest even during peak season. You get a mile or so away from the parking lot & you're isolated. We relish the quiet & find ourselves walking for long periods of time without saying anything; simply wool-gathering, absorbing the flora, fauna and good air.
Anyhow, Congaree isn't technically a swamp, because it doesn't contain standing water throughout most of the year, but is actually a floodplain forest that floods +- 10 times a year. Its most striking features are: it consists of the largest contiguous tract of old-growth bottomland hardwoods in the US & the tallest canopy of deciduous trees on the globe; it's a national natural landmark, a globally important bird area, and an international biosphere reserve. Its giant loblolly pines and hardwoods rise to a canopy higher than the Amazon rain forest(165'+); majestic old bald cypresses measure 25+' in circumference; the country's tallest water hickory at 143'; scores of giant tupelos & beech; Spanish moss hanging all-about & bio-diversity galore, with river otters, barred owls, giant red-headed woodpeckers & insects.
I'd recommend late spring for a visit. This should be after foliage is out & before the onslaught of bothersome insects. Congaree is about 2 hours from Charlotte & a pretty easy drive.
En route home we spotted a huge Starbucks billboard and took an off ramp. Mistake...... There was no Starbucks to be found. We did spot the SC School of Medicine, which had a third world sort of aura. Further derision might have to do with the fact that the only reason Congaree's majestic trees remain is its lack of sufficient waterways to haul out the timber once cut. Give a man a chainsaw (even an ax) and his predatory nature always comes to the fore. "My bad", with the cynicism. It's in my genes, especially when it comes to environmental degradation.
Congaree is a good trip if you groove on nature.
The next EGG ON THE RUN trek will launch mid-January. We're gonna zig-zag down to Homosassa, Fla., the Everglades & neighboring environs. We'll take our canoe & maybe get to wear some short pants & T-shirts, as I'm already getting tired of winter.
Later......
Cheers,
Dick 'n Ann 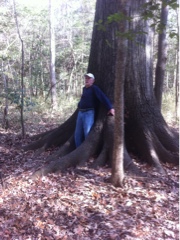 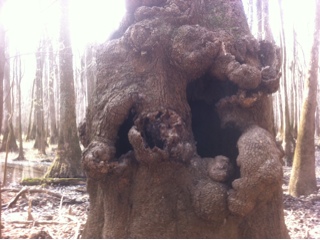 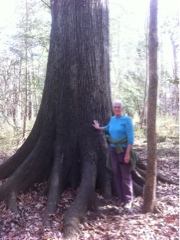 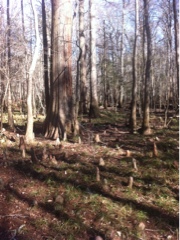 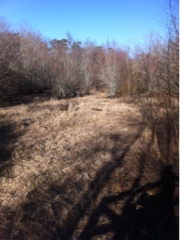 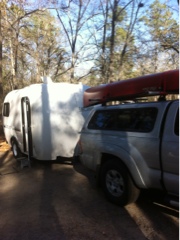