Town To Drop School Bus When Overpass Is Ready 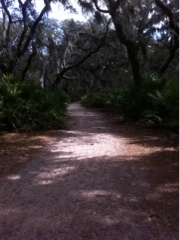 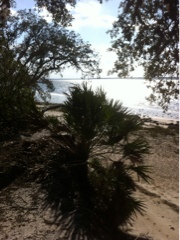 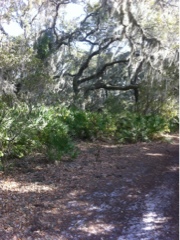 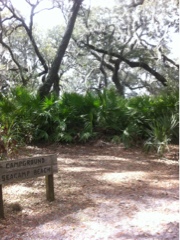 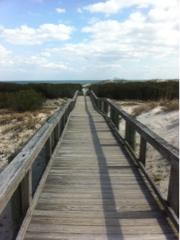 How Is A Manatee Like A Pontiac Trans Am

I'm telling you, Pontiac got the idea for their headlight flaps from the Manatee, that also has eye flaps and nose hole flaps. Word has it that God would have sued were it not for GMs po cash flo.
Trees along the Chasshowitzka
River where we grooved with the Manatees, were filled with buzzards (the Fla. state bird, I hear tell)..There will be two or three buzzard trees then a tree filled with pelicans; two or three buzzard trees and another pelican roost. The Chaz (the river) is a clear as crystal with lots of fish. There are umpteen huge springs belching out pristine water. The developers and farmers are chomping at the bit to start pumping from the Chaz and the locals are up in arms. I'm betting on the developers and farmers. Alas.....
Fishbonz (note photo) has soul but smells horrid. Asked the proprietor

how much he got for a "live & frozen kayak" and could I "rent some bait.". He gave me a blank look and turned his back to me. Oh well.......
Cedar Key is an hour or so away from Homosassa & supposedly the home of the late John D. McDonald, author of the Travis McGee crime novels. Dropped by the Chamber of Commerce and asked where his house was and the gal said, "Who?" Had an $8.00 bowl of chowder, then returned to Homosassa. The upshot on the Cedar Key trek was 120 miles in the truck for an $8.00 bowl of soup.
Had ribs with my old buddy Jimmy Hammond, and some pals, while watching the SUUUUPER BOWL. Couldn't have cared less were it not for Madonna. She was looking good & continues to inspire post 50 year olds.,Pushing 70, I need all the inspiration.......maybe even Fly de Spanish, I can geet, amigo.
We're in Winter Park, Fla. (Orlando) with Ann's brother and wife. He has a lovely home and pool with green water (it leaks & is to be repaired). We'll hang out here a few days, then get the atlas and IPhone and decide where to go next. The Egg is performing like a champ. We christened the toilet; went to a pump-out station and fired up the AC and water heater.....all for the first time.
After a week or two you get silly in the head and forget you got a home/home.
Peace to all.............


The next day: Stumbled upon an old paperback titled ANGUISHED ENGLISH. It includes some actual newspaper headlines: 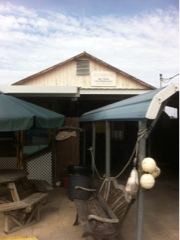 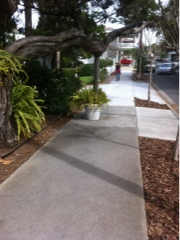 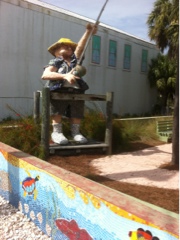 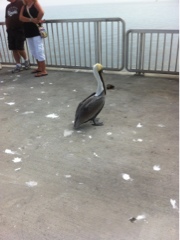 We canoed on the Chasshowitzka River. 200,000 acres of wilderness. Went up a small bay and met a mother manatee with two calves. She came right up to the canoe and blew at us. We were blown away. Went up to Cedar Key yesterday. Had great
Clam chowder. 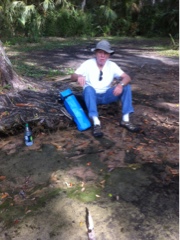 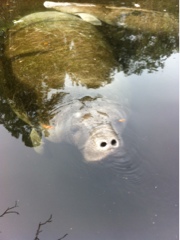 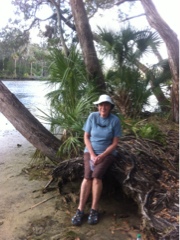 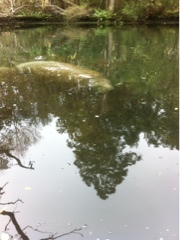 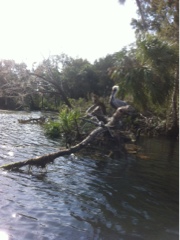